Maine’s inoculation campaign against COVID-19 is intensifying as more shipments of the vaccine arrive in the state. But it will be a months-long effort.

Here are answers to some common questions about the vaccination rollout and what to expect in the coming weeks and months. Have other questions? Email them to vaccine@pressherald.com. 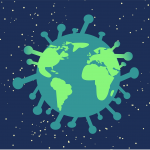 What is the pace of vaccine delivery to Maine?

By the end of 2020, the Maine Center for Disease Control and Prevention anticipates receiving roughly 65,000 doses of the vaccines produced by Pfizer and Moderna. That would cover roughly half of the 130,000 individuals included in the first phase of vaccinations, which is focused on frontline health care workers and long-term care facility residents.

This is a national issue attributable to logistical challenges at the federal level. While Maine’s Week 3 allocation of 19,125 doses from the federal government was short just 370 doses, the Week 2 distribution contained 4,875 fewer doses than expected.

Who is getting vaccinated now?

Consistent with federal recommendations, the first vaccines are being administered to staff in hospital emergency departments and COVID wards, first responders, and residents and staff at nursing homes. As the state’s hospital systems (MaineHealth, Northern Light, etc.) move through those ranks, they are expanding vaccinations to other clinicians and staffers who have direct contact with patients.

How many Mainers have been vaccinated so far?

As of Tuesday morning, 19,634 people had received the first shot in the two-shot vaccination regimen, with that number climbing by thousands daily. The second shot, which is necessary for maximum immunity protection, must be administered two to three weeks later.

What about family physicians, specialists, nurses and technicians who routinely see patients but don’t work for hospitals? Are they being vaccinated?

No, most are not. And this is clearly an issue for those independent practitioners. Health care providers who aren’t employed by a hospital system are supposed to be included in Phase 1A of Maine’s vaccine rollout but are on a lower rung than ER doctors, nurses, and nursing home residents and staff.

Maine CDC officials say they hope vaccinations of Maine’s thousands of independent medical professionals will begin by mid-January, but hospital administrators say they are waiting for clearer guidance. In the meantime, hospitals are vaccinating some staff with less exposure to COVID-19 than some primary care doctors or clinicians, particularly in rural areas.

Who will be vaccinated after health care workers?

Mainers age 75 or older and essential frontline workers are next in line for vaccines. Based on federal recommendations, those essential workers include police officers, teachers, postal workers, grocery store employees, public transit workers and individuals working in daycare settings, as well as food, agricultural and manufacturing workers.

When will that happen? And how will those essential workers or Mainers age 75 or older know when they can get vaccinated?

The timing for the next phase of vaccinations is fluid, but it looks to be late January or early February. Employers will likely notify essential workers, while doctors or other medical providers will be expected to contact patients who are eligible for vaccines based on their age.

I’m 65 years old but in decent health. When will it be my turn for vaccination?

Mainers between the ages of 65 and 74 – as well as people aged 16 to 64 who have high-risk medical conditions – are currently included in the third phase of vaccinations. Again, the timing of Phase 1C depends heavily on the pace of vaccine production and delivery to states. But as it stands now, Mainers in that 65-to-74 age group will probably have to wait until late winter or early spring for vaccinations.

Why is a healthy, 20-year-old grocery store worker eligible for a vaccine before a 70-year-old, given the risks to older Mainers?

Maine’s vaccination plan is based on guidance from the federal Advisory Committee on Immunization Practices. And public health officials acknowledge they are trying to maximize the effects of limited, early supplies of vaccines. So while studies clearly show individuals age 65 and older are hospitalized and die of COVID-19 at much higher rates, a 20-something grocery clerk or postal worker who may have the virus and be asymptomatic could interact with dozens of older individuals during their shift.

What about the rest of the population? When can healthier adults under age 65 expect to be vaccinated?

It’s likely going to be awhile – probably summer or even early fall – before there are sufficient supplies for mass inoculation. While federal officials have suggested this could happen by spring (particularly if other vaccines are cleared for mass production/distribution), Maine CDC director Dr. Nirav Shah has said Mainers should be prepared to wait until June, July or even later for mass vaccination.

How will people know when it is their turn?

The granular details have yet to be worked out, but primary care physicians or the health clinics where people receive care will likely play a major role. Also, expect a robust public information campaign around that time and vaccination events at civic centers, fire departments, schools or other public places in order to get as many shots into arms as possible.

Nursing home residents are getting vaccines now. But what about those in assisted-living or group homes?

Vaccinations at assisted-living facilities or among group home residents could begin within weeks, depending on progress vaccinating the top-tier groups.

How do the vaccines work?

The vaccines contain a genetic molecule, known as mRNA, that prompts the body to stimulate the immune system to fight COVID-19. While the vaccine does not contain a live version of the coronavirus that can cause the disease, it should allow your body’s immune system to “remember” or recognize (and fight off) the virus if and when it encounters the real thing.

Will I have to pay to be vaccinated?

Maybe. The federal government is supplying all vaccines for free, regardless of whether individuals have private insurance, Medicare, Medicaid or no health coverage. But doctors or other health providers can charge an administration fee for actually injecting the vaccine into your arm, although federal rules also allow them to be reimbursed for that fee by insurers or the government.

Are there side effects to the vaccines?

As with almost any vaccine, people may experience mild side effects such as soreness or swelling at the injection site, body aches or even fever, all of which indicate the body’s immune system is responding as expected to what it views as an invader. There have been rare instances (less than a dozen nationwide as of late December) of more severe reactions.

One of those happened in a health care worker who experienced a severe allergic reaction after being inoculated at Maine Medical Center. The worker was quickly administered a drug to counteract the allergy and has since recovered. Maine CDC’s Dr. Nirav Shah said some evidence suggests individuals allergic to shellfish, or who have other severe allergies, could be more at risk of a reaction to the COVID-19 vaccine, but those instances remain rare. That is why individuals should be monitored on site for at least 30 minutes after receiving the shot, Shah said.